Meziri is a lovely alpine meadow with Archangel Michael’s church (10th century) and the only lake in Svaneti reflecting Mt. Ushba. Panorama of Ushba, Svaneti Range and 2 valleys from Baki pass.

A shorter and easier version of the Etseri-Mazeri hike focusing on the ‘cream” of the route, which is Meziri lake (the only alpine lake reflecting Ushba), tiny Archangel’s church (10th century) facing Ushba, and the view of Mazeri valley from Baki pass (if you are willing to walk a little further than the blue route shows, to Detsili and Baki pass – that is not difficult and we really recommend you do that).

The driver will bring you to Grand Hotel Ushba in Mazeri (location “2” on the map), from where the trail starts. It is the same trail that hikers going from Mazeri to Etseri use. The pick-up point is also Grand Hotel Ushba.

This route is also possible to do on horseback, see HORSE-RIDING section.

BLUE: walking trail from Grand Hotel Ushba to Meziri and back. 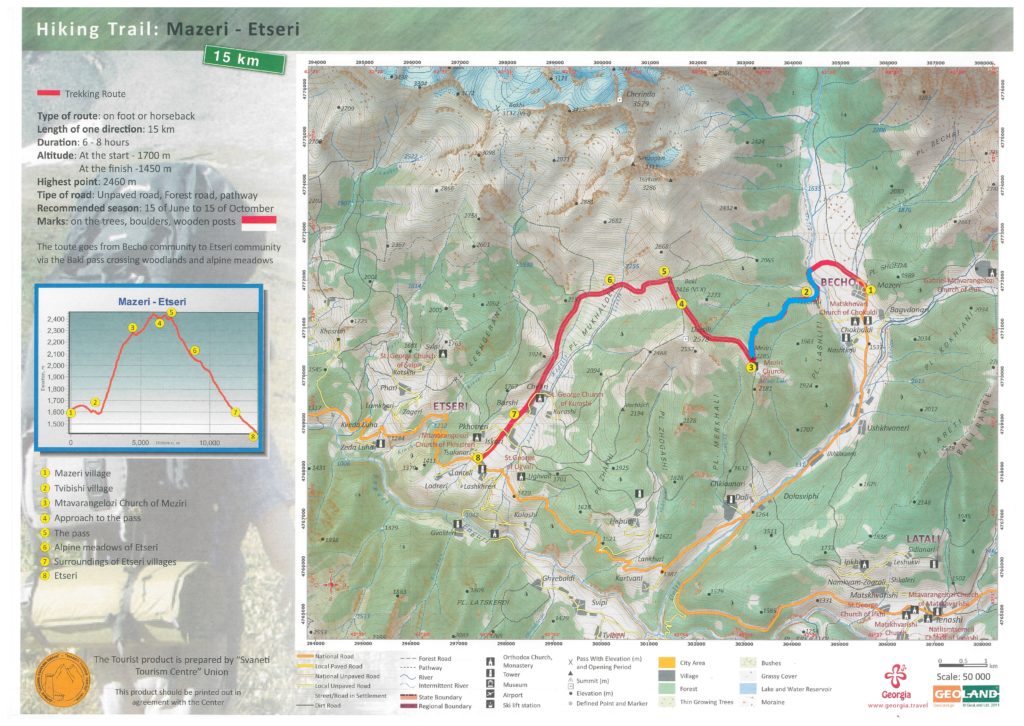