Svaneti is one of the most remote mountainous regions of Georgia. It is located in the north-west of the country, bordering with Russia. The villages are grouped together into Communities and follow the Enguri river in a wide valley between the Great Caucasus Range (highest summit in Svaneti – Shkhara, 5200 m) and the Svaneti Range (highest summit – Laila, 4008 m). The region’s capital is Mestia. All the settlements are historic and have been there for hundreds and even thousands of years with their architecture, way of life and the landscape, of course.

Locals speak Georgian, Svan, a good deal of Russian (especially people over 35) and occasionally some English.

The currency is GEL (Georgian lari), 99% of the businesses only accept cash (GEL).

The best season for summer travel in Svaneti is between June and mid-October. May is still cool and often rainy, the mountains above 2300 m are still covered with snow, so not all routes are doable (though culture-heritage sights are all accessible). The best time to come in summer is July, August and September. Temperatures during these months go up as high as +30 Centigrade in the day, but nights are always cool, +15 degrees or so. October is also beautiful, with the colours of the fall, however, it is much cooler, especially at night.

Skiers are welcome after December (normally we have a lot of snowfalls in the second half of the month) and all the way through March.

Svaneti is a secluded world, unexplored by mainstream tourists. It’s a heaven for hikers and trekkers, photographers, nature-lovers and ethnographers. The landscape is majestic and the nature bears the spirit of untouched wild purity. But there’s more to Svaneti than just that. Svaneti is a unique ethnographic museum under open sky, with well-preserved medieval architecture, way of life, agriculture and traditions. Whole villages are included in the UNESCO list of World Culture Heritage, and Svaneti’s Museum of History and Ethnography is in the Top-10 in Europe. 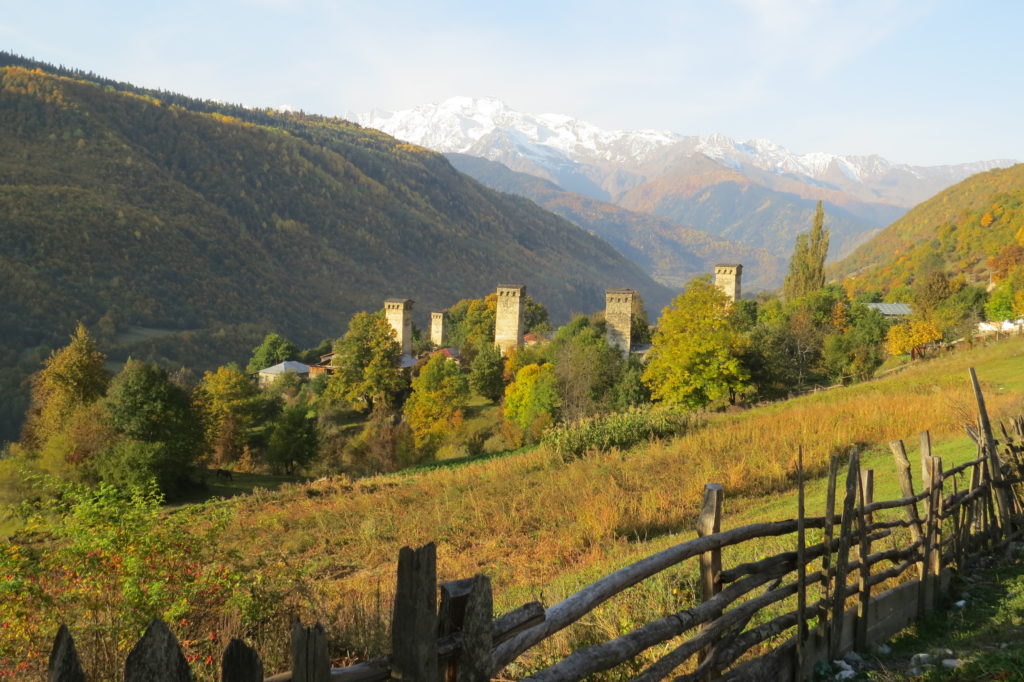 In winter 2 brand new ski resorts, Hatsvali and Tetnuldi, offer a variety of pistes for all levels and types of skiers. Beginners will find it an ideal place to learn, and lovers of risk and adventure will enjoy free-ride and back-country with local guides.

Prepare for adventure – Svaneti’s wild beauty, spirit of freedom and ancient culture will find a place in your heart. 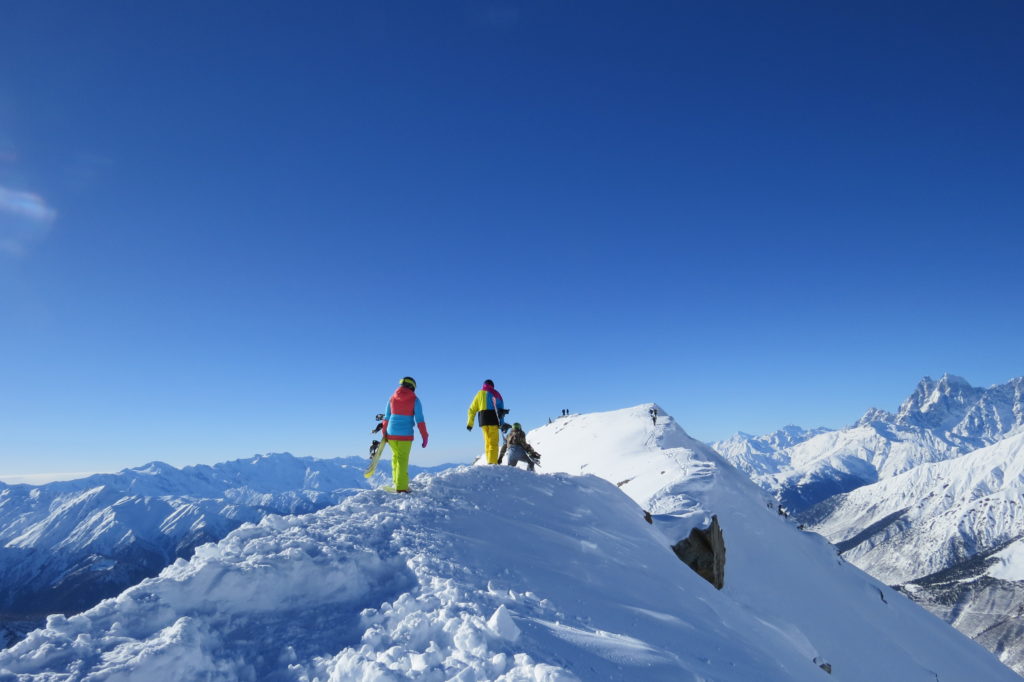 Located in the north-west of Georgia, between the Great Caucasus Range and the Svaneti Range, Svaneti is the highest inhabited area in the Caucasus. It consists of small villages forming communities with the regional centre in Mestia. Svans are the indigenous population: a distinct sub-ethnic group of the Georgians speaking the Svan language with a history and culture that date back to the Bronze Age and probably even much earlier. The ancestors of present-day Svans were Colchians – early Kartvelian-speaking tribes, a population native to Colchis, an independent kingdom (13th – 1st centuries BC) which is regarded as an early ethnically Georgian polity. The famous Greek geographer and historian Strabo mentions the Svans (whom he calls Soanes, which is closer to the actual pronunciation) in his Geographica (7 BC) as the most brave and strong tribe among the Georgian tribes of Colchis.

Christianity came to Svaneti in 4th – 6th centuries, was eagerly accepted by the Svans, integrating and redefining the previous spiritual culture. In fact, instead of casting away the ancient texts, songs, rituals, festivals and even the ancient names of local divinities, they conserved the ancient lore within the Christian tradition of Svaneti.​ The adoption of Christianity created a fertile soil for a further evolution of Svaneti culture and civilization, the pitch of this evolution being in the 9th -15th centuries. The outstanding architectural monuments of this period (stone churches, tower houses and defensive towers, castles) are included in the UNESCO World Heritage Sites list. Starting from the 9th century, stone churches were built and their walls were then richly decorated with frescoes. Svaneti nobles invited famous painters from outside Svaneti, including the King’s painter Tevdore in the 11th century, to decorate their family churches. 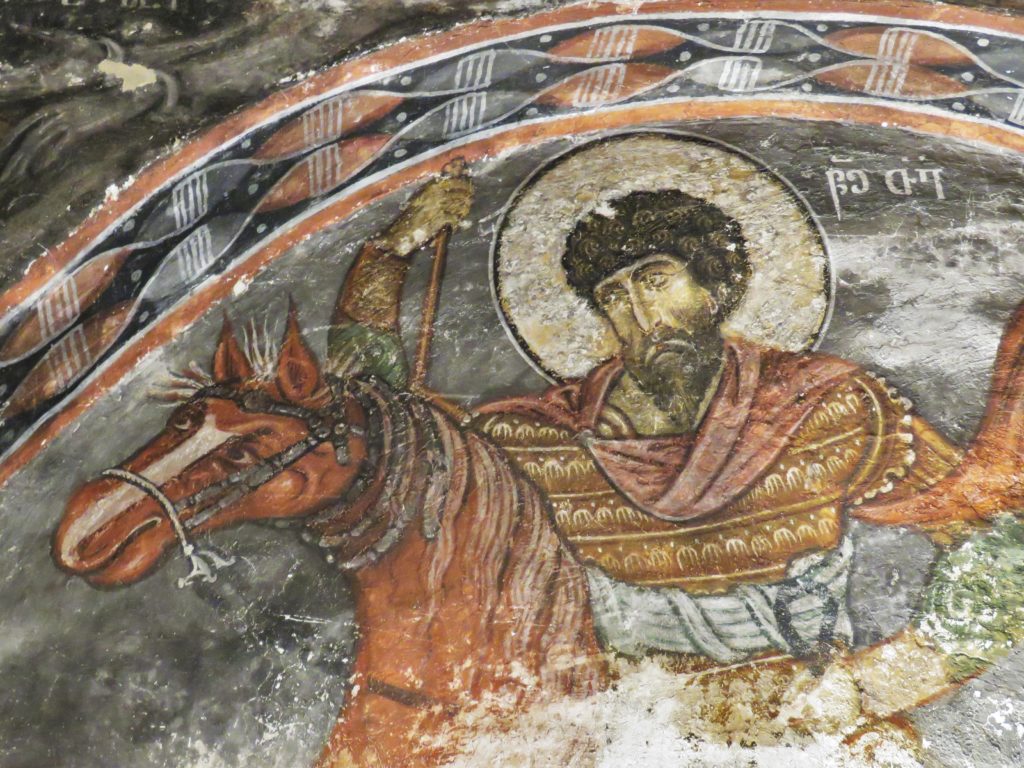 At the same time, a distinct Svaneti school of iconography and mural painting was formed during the “golden age”, in the 10th -12th centuries, producing masterpieces of Christian art. 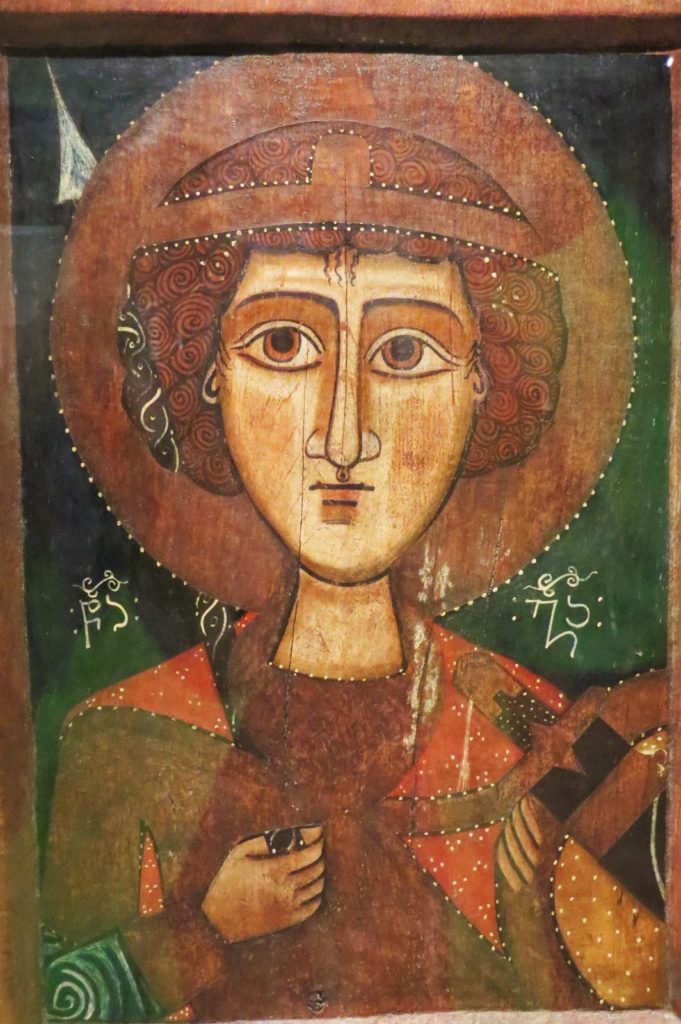 Svaneti craftsmen were skillful gold and silversmiths since the ancient times of Colchis, due to locally sourced gold and silver, and starting from the 10th century hammered silver icons of unique beauty and technical perfection appear, along with alter crosses, chalices, jewellery and other items. Curiously, it is traditionally men that make men’s jewellery and women that make women’s jewellery in Svaneti. 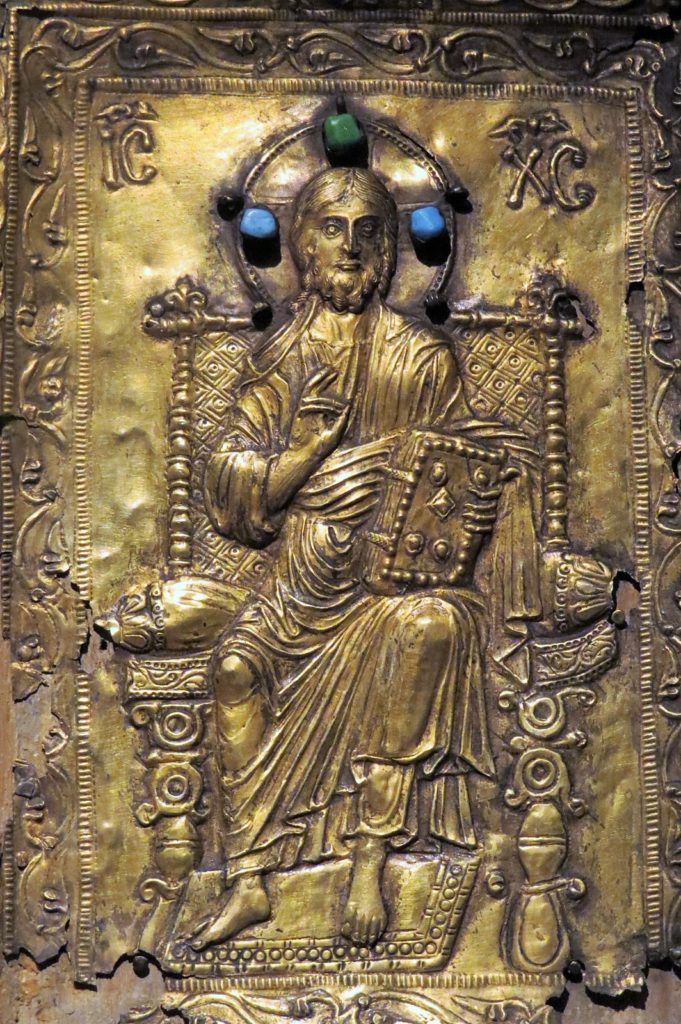 One of the most ancient and popular crafts of Svaneti is wood and bone carving. Every family has traditional pieces of furniture, woodenware such as plates, cups, knives, etc made by the men of the family. The fact that objects of everyday use in Svaneti were mostly made by local craftsmen indicate that traditional crafts were highly developed. The interior of the traditional Svaneti house, machubi, is covered with carved wooden panels with a symbolic ornament. Visit the “Margiani machubi” in Mestia or the Ethnographic museum in Ushguli to see an authentic interior. All of the churches have wooden doors, elaborately decorated with Gospel and historic scenes, floral and geometrical ornaments.​ 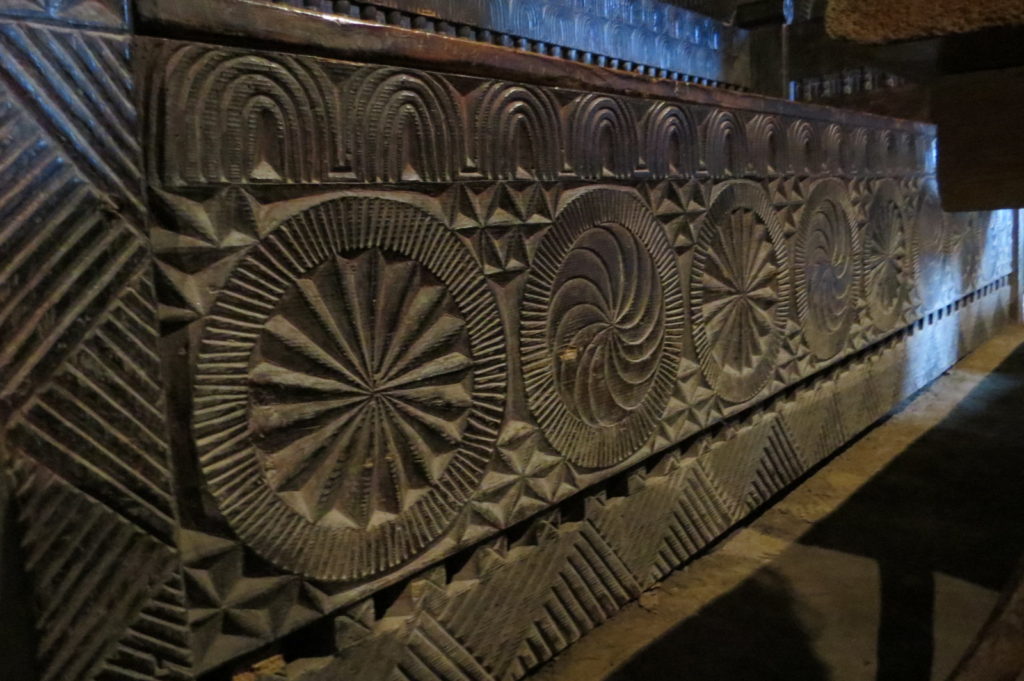 Besides the rich church-art heritage of its own, Svaneti has become the storage place for many valuable items brought to this isolated region for safekeeping during the many invasions of Georgia over the centuries, and a significant number of them remain in churches and private homes today. Well protected by the mountains, the harsh climate and its fierce warriors, the region has never been occupied by foreign invaders who could have plundered or destroyed its treasures.

​The communities (and now partly Mestia Museum of History and Ethnography, which is definitely worth a visit, being in the TOP 10 European museums) still keep medieval illustrated manuscripts of the New Testament of 11th – 14th  centuries, such as the Gospels of Kurashi, Lakhamula, Lakhushdi, Mestia, etc – some of them brought to Svaneti from other parts of Georgia in the Middle Ages, and some produced locally. 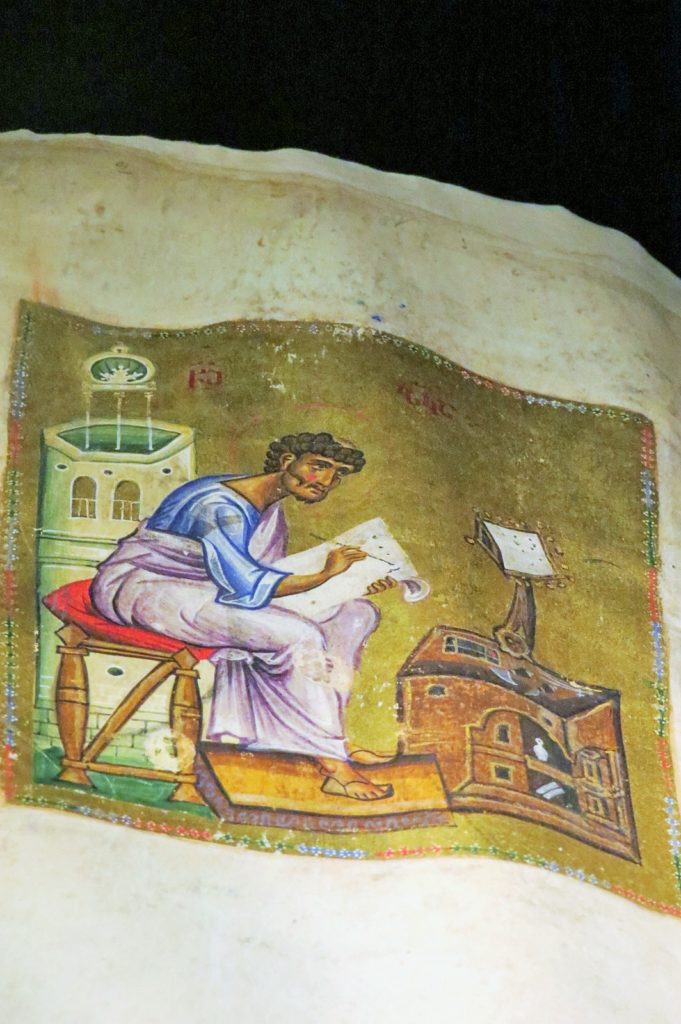 However, Upper Svaneti is not only a treasury of historic art, but also a living ethnographic museum, a remarkably well preserved environment that has proved to be incredibly sustainable.

Many medieval forms of living and the most ancient methods of agriculture are still in use here due to the fact that Svaneti has been fiercely loyal to local traditions and isolated from the rest of Georgia for much of the year by its geographical location. The authentic setting of this exceptional medieval landscape highly contributed to the preservation of different forms of local intangible heritage, such as language, traditions, customs, beliefs, rituals of everyday life, and folklore.​ 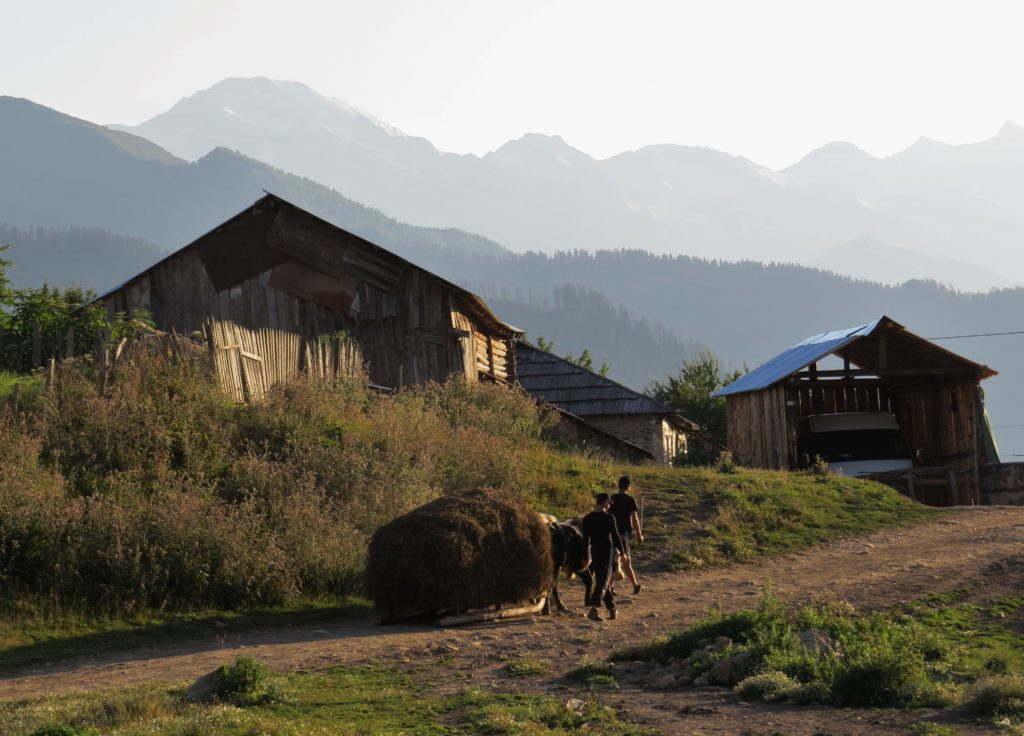 This is probably the most fascinating feature of Svaneti: it is not merely unique buildings and objects from the past that make up its cultural value, but the fact that they are so perfectly integrated into the natural landscape and have retained their original use and function – and are still home to a very rich and complex spiritual culture. 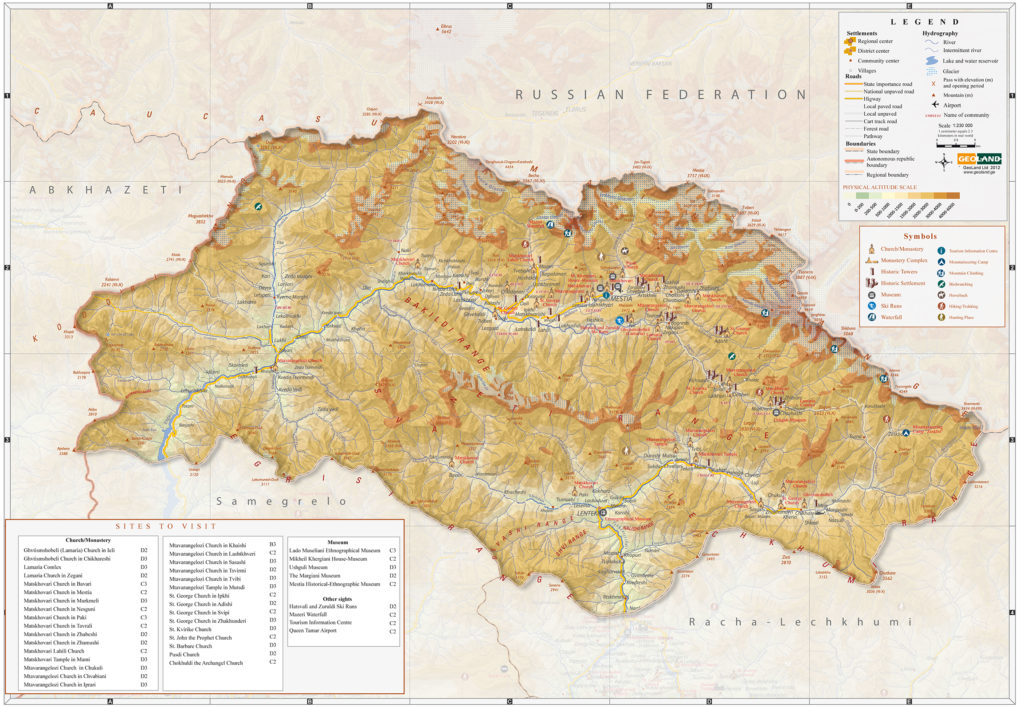 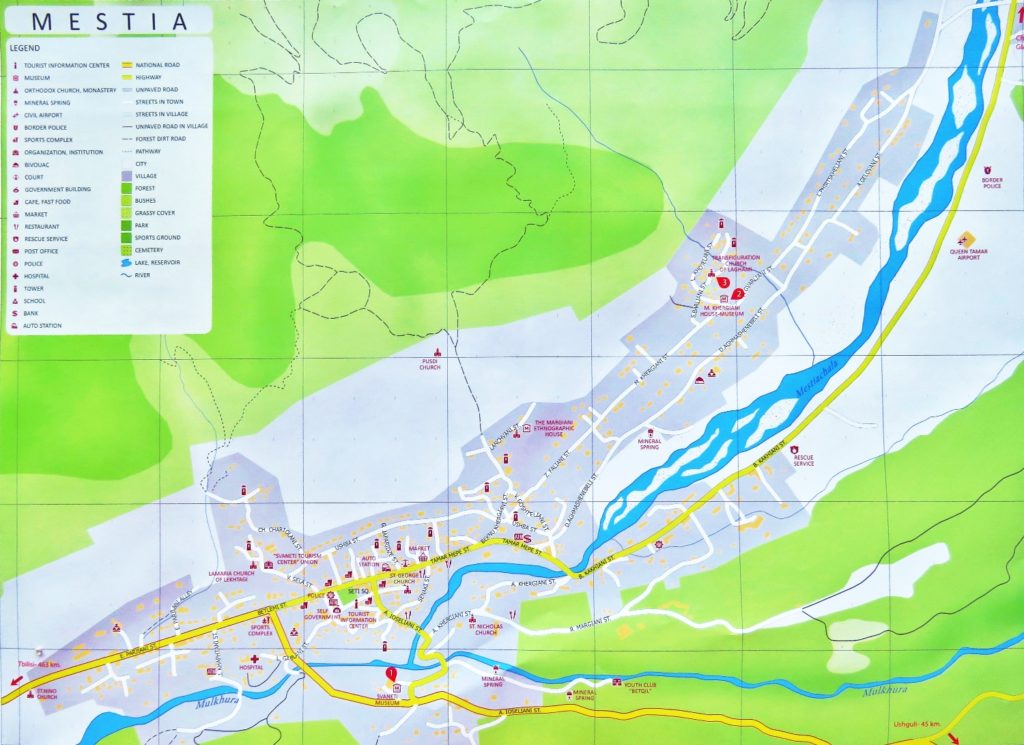